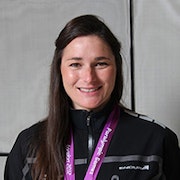 Dame Sarah Storey DBE (née Bailey) is one of Great Britain’s most decorated athletes of all time. Her trophy cabinet contains 11 Paralympic gold medals – equal with Tanni Grey-Thompson and Dave Roberts – as well as eight silver and three bronze. She has competed at six Paralympic games; from 1992 to 2004 as a swimmer, where she won five of her golds, and in 2008 and 2012 as a road and track cyclist, where she claimed another six. She also regularly competes and wins against able-bodied athletes, having taken part in the Commonwealth Games in 2010 alongside regular appearances at national championships and UCI World Cup events. Sarah was appointed an MBE in 1998, an OBE after the Beijing Olympics in 2008 and in 2013 she was made a Dame Commander of the Order of the British Empire.

Dame Sarah was born in October 1977 with a non-functioning left hand, after it had become entangled in the umbilical cord whilst in the womb. She began her competitive athletic career at an early age, winning three gold medals, two silvers and a bronze at the 1992  Barcelona Olympics, aged just 14. It wasn’t until 2005 that she was able to follow up her interest in cycling after an ear infection forced her to stop training in the pool.

The switch to cycling did not just lead to further success in her athletics career, it was here that she also met her coach, and now husband, Barney Storey. Barney Storey is also involved at Paralympic games in his role as a tandem pilot for blind cyclists. The couple welcomed their first child in June 2013. 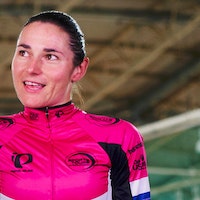 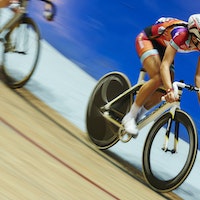 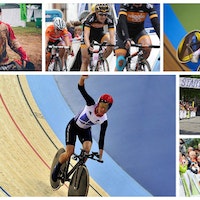 Gallery: The Most Inspiring Women in Cycling in 2014

Total Women's Cycling looks back at some of the inspiring women cyclists of 2014, from track, road, cyclo-cross and MTB disciplines.
8 years ago | by Suzie McCracken 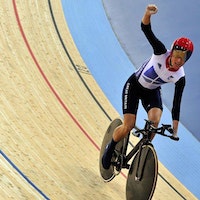