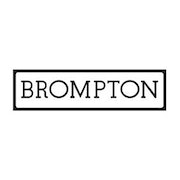 The Brompton Bicycle story is one of those beautifully British tales of the bedroom inventor and his brilliant creation, which very nearly missed out on the success it deserves. The folding bike and the company are named for the Brompton Oratory, which Andrew Ritchie could see from the window of his 1975 workshop where he created the first prototypes while he was also working as a gardener.

Initially Ritchie tried to license the design, but eventually began to manufacture the bikes himself. In 1982 production ground to a halt and it wasn’t until ’88 when, with sufficient backing secured, Bromptons were being mass-produced from a railway arch in Brentford.

Brompton Bicycle is now the largest volume cycle manufacturer in Britain, with much of its output destined for export. Alongside the various awards Ritchie has gained for design and innovation, this commercial success has brought the company two Queen’s Awards for International Trade.

The bikes themselves, already something of a modern classic, are all based on the same basic construction. The curved frame consists of a hinged handlebar stem, a hinged tube, a pivoting rear triangle and the fork. Customers then essentially have to make four choices. The handlebars are available in four styles. You can either have one, two, three or six gears. The bikes come with minimal fixtures, with mudguards only, or with mudguards and rear rack. The fork and triangle can be either steel or titanium. While there are now many rival folding bikes, Brompton Bicycle still regularly come out top in the end of year awards. 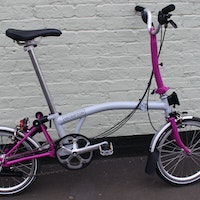 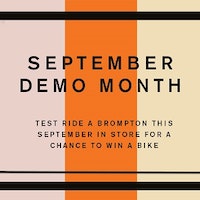 Interested, but not sure how it'll ride? Try one - and you could win a new bike
7 years ago | by Michelle Arthurs-Brennan 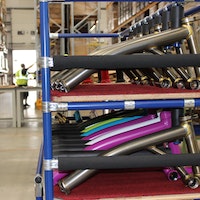 The Birth of a Brompton: What goes on in the London Brand's... 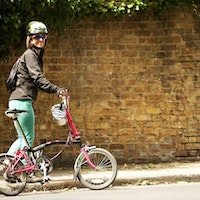 Londoners Can Hire Brompton Bikes for £2.50 to Beat Strikes

London tube strikes are expected in the upcoming week, but don't let that slow you down
7 years ago | by Lorena Jones 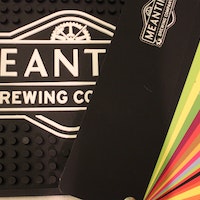 This Brompton Collaboration Has Created The Ideal Bike for Beer Lovers

We went along to the launch of this excellent collaboration between two unlikely but like minded companies...
7 years ago | by Michelle Arthurs-Brennan 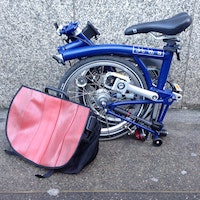 Commuting: The Joys of the Brompton Bicycle

Ever wondered what a Brompton is like to ride and how it fits with your commute? Here are the Brompton bicycle benefits.
8 years ago | by Hannah Ustel We gathered some super stylish garments for a little photoshoot to give you some commuter wardrobe inspiration...
8 years ago | by Hannah Ustel 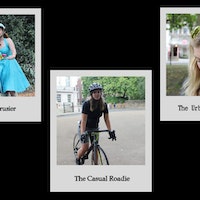 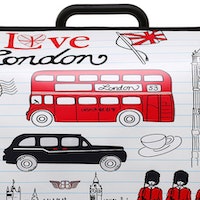