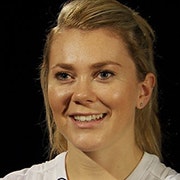 Jessica Varnish is a young British track cyclist, most recognised for competing in the team sprint event. Unfortunately, she is probably best known for being part of the sprint team, along with Victoria Pendleton, that was relegated from the event at the London Olympics of 2012. Despite being strongly fancied for the gold medal and breaking the world record in qualifying, the pair were disqualified in the semi-finals after making an illegal changeover in their win over the Ukraine. Despite this, Jess has enjoyed a very successful career to date. She has a gold in Team Sprint from the Track World Cup in 2012 from London with Victoria Pendleton and from Glasgow and Cali with Becky James. She also has a senior European title in team sprint from 2011 to add to a variety of junior, U23 and national titles.

Jess was born in Bromsgrove, England, in November 1990. Her father, Jim Varnish, is the 1985 Cycle Speedway World Champion, so she got started on the track at an early age. After being spotted by their talent team, she was promoted to British Cycling’s Olympic Development Programme in 2005, a year ahead of her age group. Her debut for the national team at elite level came in 2008 at the first round of the World Cup series in Manchester. Here she won gold in the Team Sprint alongside Anna Blyth.

Away from cycling, Jess is in a relationship with fellow British Cycling team member, BMX rider Liam Phillips. 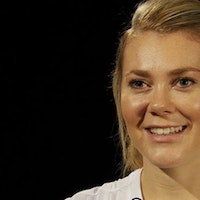 Nearly a year on since since sexual allegations emerged, and we're still waiting for a full report
8 years ago | by Michelle Arthurs-Brennan 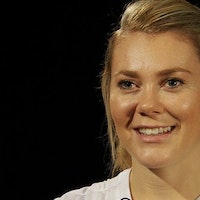 Interview: Jess Varnish “It's Got More Attractive to be Sporty, Fit and...

Fitness is cooler now than sitting on your bum and eating rubbish food - hooray!
9 years ago | by Kirsty Ho Fat 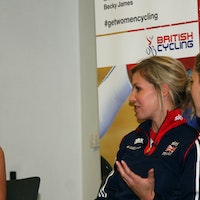 Ambitious plans were revealed by British Cycling today to get 1 million more UK women riding bikes by 2020. Is it possible?