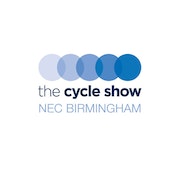 Launched in 2002 ‘The Cycle Show’ has become one of the biggest and best cycling exhibitions in the UK. With its twelve year history it boasts some of the best exhibitors in the cycling and mountain biking industry as well as test tracks and demonstrations, there is something for everyone.

In 2012, over 25,000 people visited the event, and over 3000 exhibitors took part. With something to attract riders of all ages the show has proven popular year after year, and is a must do for any cyclist. Run by Upper Street Events, the show moved to the NEC in 2011 after attracting record numbers of cyclists in previous years. It is aimed at anyone who enjoys cycling as it represents all disciplines. A year after it first launched it received an award from Event Magazine for being the best consumer launch event.

It showcases hundreds of bikes, accessories and fashion and the 2013 event included a premium track where cyclists had the opportunity to try out a selection of road bikes as well as an airbag, a trials display, a BMX contest and an MTB Demo track. Tickets were £13 in advance and £16 on the door for the 2013 event which ran from September 27 to 29. Some of the biggest brands in cycling attended the show including; Specialized, Trek, Raleigh, Cube, British Cycling, CTC and many more, making it the biggest Cycle Show to date offering visitors the opportunity to preview upcoming bikes,  accessories and fashion coming out in 2014.

View More The Cycle Show
6 years ago | by Hannah Ustel The Cycle Show 2014: The Hotspot for Finding your Family's Perfect Bike

Make The Cycle Show your next family outing, being the best place for the whole family to find their perfect steed at the show's exciting range of test tracks.
7 years ago | by Aoife Glass 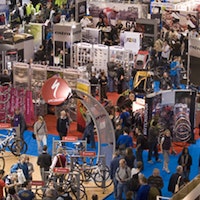 There are loads of shows and festivals coming up this autumn, and we've got special offers and discounted entry to a lot of them!
7 years ago | by Kirsty Ho Fat