Since 2011 the Nocturne event has only been hosted in London, with previous years seeing the Nocturne in Edinburgh, Blackpool, Salford Quays and Smithfield. It became the IG London Nocturne in 2011 after receiving sponsorship from IG Markets. The Nocturne event is always popular with spectators and was first broadcast in 2011 on Sky Sports.

There is both elite and amateur racing hosted on the night, with a variety of different bicycles and abilities taking part. There is usually a Penny Farthing Race, Longest Skid competition, a folding bike race and other Criteriums and challenges followed by the elite men’s and women’s Criterium. The Elite Men’s race is 50 minutes + five laps, and the women’s 30 minutes + five laps with a £1000 prize fund in both.  The 2013 event was watched by over 15,000 spectators, as well as a being broadcast on Channel Four. The Nocturne series made history in 2013 by hosting the World’s first indoor Criterium at the London Bike Show at London’s Excel Centre. There was an Elite Men’s and Women’s race with many support races including; a media race, a Penny Farthing Race and a folding bike race. The event will return to London in 2014. How does Hannah Barnes feel after a week of publicised highs and lows?
8 years ago | by Kirsty Ho Fat 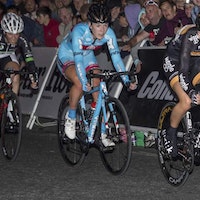 A tumultuous week for Hannah Barnes ends with her being reinstated as winner of 2013 IG London Nocturne.
8 years ago | by Kirsty Ho Fat 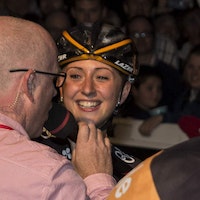 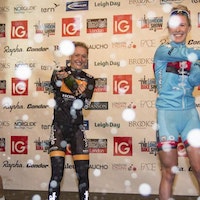 Collyn Ahart looks at friendships in the cycling world, littered with snobbery, competition and cliques.