Cateye is a Japanese company specialising in lights for bicycles, reflectors and cycle computers. They were founded in 1954 in Osaka. The first major innovation they brought to market was the world’s first ever flashing bicycle light in 1964. Since then, they have continued to innovate in the field of lights, reflectors and other bike-based technology. The company also introduced the flashing LED headlight.

In 1981 they launched their first ever bike computer and have built on this to the extent that computers are now at the core of their business. Cateye pride themselves on being at the cutting edge of cycle computer advancements, being the first company to integrate altimeter, heart rate and cadence technology into their devices. Their current range includes enough different models of both wired and wireless on board computers that there is something there to cater for entry-level to professional training programmes. Their latest device is the V3n, which comes with 2.4Ghz wireless, allows you to programme two heart rate zones, measures speed, cadence and plenty more. Cateye also produce a range of multi-sport computers.

Of course headlights, safety lights and reflectors are still key products for the company. The ethos behind the products here is ‘minimal design, maximum impact’ and this really shows. The lights are all small, discreet things, as elegant as bike lights are likely to get, but they really do their job once the sun goes down. Finally, Cateye produce a range of similarly discreet bells, brackets and mirrors. 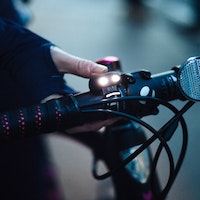 We've rounded up some of the best commuter bike light sets to help make sure you stay bright on the road.
8 years ago | by Aoife Glass 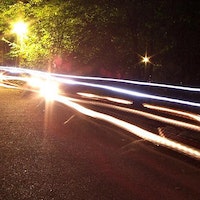 Beginners: The lowdown on bicycle lights and the law

Looking for bicycle lights? Here's our lowdown on the different types, and which are best for what kind of riding.