Tahnee began riding downhill in 2007 and quickly made a name in the sport, her long term goal is becoming World Champion and by the looks of things that dream may someday be reality. Tahnee and her younger brother, Kaos formed their own team ‘Follow my dream’ racing in 2009.

Born in South London on 15th June 1995 to parents Tony and Joanne Seagrave, Tahnee and her family moved to Morzine, France when she was eight. Despite being younger than most of the women in Elite, Tahnee has held her own when racing. Since starting the team – ‘Follow my dream,’ in 2009, she has worked with a number of different companies to pursue her dream and push herself as an athlete. 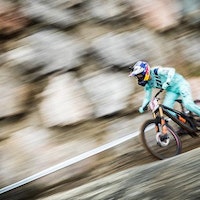 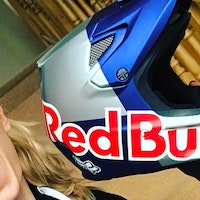 Kicking off the new year with a new lid, Tahnée becomes a Red Bull athlete
8 years ago | by Aoife Glass 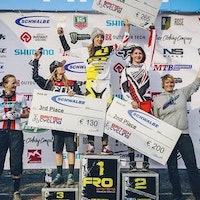 It's the first race of the 2014 DH MTB season, and the stars of women's DH racing lined up to compete...
8 years ago | by Aoife Glass 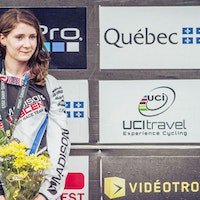 We caught up with 'one to watch' Manon Carpenter to get the lowdown on how she got into the sport, who's inspired her and her plans for the future
8 years ago | by Aoife Glass