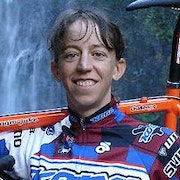 Helen Wyman is a British cyclo-cross rider. Born in March 1981 in St Albans, she grew up in Norfolk and it was here that she developed a passion for bike racing of all types. She credits family cycling holidays around England and France as providing the initial spark for her interest and began competing at the age of 14. To begin with she competed on grass track, road racing, cyclo-cross and mountain biking to name just a few. She was eventually forced to settle upon a single discipline when studying for a degree in physiotherapy at the University of Hertfordshire. With most of her work placements running over the summer, she had more time for both training and competitions in winter, so cyclo-cross seemed the natural choice.

After a couple of years spent combining work at the Royal Preston Hospital with cycling competitions, she started to find more and more success. Between 2006 and 2012 she won every single British National Cyclo-cross Championship, a total of seven times in a row. She has also placed as high as 2nd in the UCI Cyclo-cross World Cup and fifth in the Cyclo-cross World Championships.

During her career Wyman has ridden for a number of different teams; Team Fat Birds in 2006, Global Racing in 2007, Swift Racing in 2008, before moving on to the Kona / FSA Factory Team in 2009, where she has found a more long term home. Speaking of home, Helen and her husband Stefan have chosen to re-locate themselves to Belgium because of the ease of access to so many of the competitions in which she competes. 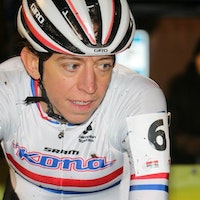 Is fear of finishing last holding you back?

Cathy Bussey asks professional female cyclists, how they overcame the fear of competitive cycling and how you can too
9 years ago | by Total Women's Cycling 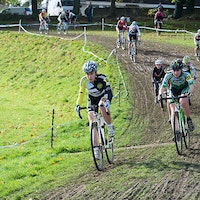 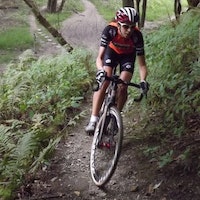