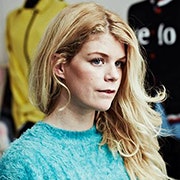 Anna Glowinski is something of a cycling polymath. She’s been racing cyclo-cross since she was five-years-old, promotes her own race meets, helps to present ITV4’s Cycle Show, she’s the entrepreneur and designer behind the AnaNichoola brand of women’s cycle wear and is generally an all-round enthusiast and agitator for women’s cycling.

As you’ll have seen if you’ve ever caught an episode of The Cycle Show, Anna comes to us from the more adventurous side of biking; BMX, enduro, downhill and cross country are her sort of thing. She’s also a part of Team Mule Bar Girl, so gets involved in a bit of track and time trial action as well.

If you’ve ever seen the Mule Bar Girls in action, perhaps competing in the VeloJam women’s track racing event they organise at their Hearne Hill home, you’ll know that they sport one of classiest kits out there. This is because it’s designed by Anna herself, via her AnaNichoola brand. The company stems from Anna having heard that ‘there’s no cool cycle clothing for women’ complaint enough times to spot it as a gap in the market. You’ll be glad to know she’s not a fan of the ‘stick some flowers on it and dye it pink’ school of bike apparel design and has instead taken her influences from other actions sports that cater for women rather more successfully. Working out of her Hackney studio, she’s created several different collections for racers, commuters and weekend wanderers alike. 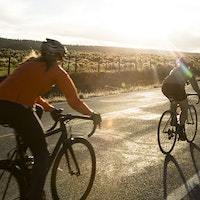 Love your Legs and Cycle with Confidence this Year

Anna Glowinski asks; "Why are women still so down on themselves?"
6 years ago | by Michelle Arthurs-Brennan 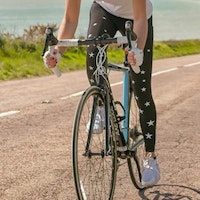 The wait has been long – but we’re sure it’s been worth it. After much anticipation, the new clothing brand from Anna Glowinski, ‘Anna’s Legs’ went live today and the...
6 years ago | by Jessica Strange 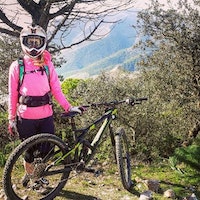 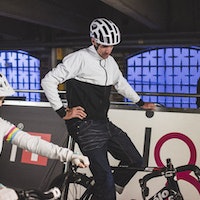 Is fear of finishing last holding you back?

Cathy Bussey asks professional female cyclists, how they overcame the fear of competitive cycling and how you can too
8 years ago | by Kirsty Ho Fat 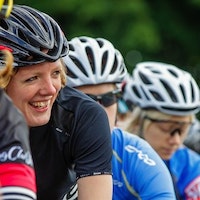 VeloJam 2013 Women's only track racing back at Herne Hill Velodrome 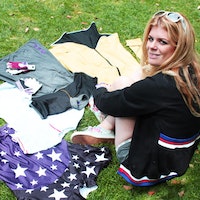