Kona is one of North America’s best-known and most successful bicycle brands. It was established in Blaine, Washington, USA and Vancouver, British Columbia, Canada in 1988 by Dan Gerhard and Jacob Heilbron. Their original bike designer and product manager was Joe Murray, pioneering mountain biker and the first inductee into the sport’s hall of fame. The company initially traded as Cascade, but a copyright dispute lead them to change the name to Kona, apparently inspired by the founders’ love of Kailua-Kona in Hawaii.

Although originally known as a mountain bike specialist, Kona now produces a broad range of bikes geared more towards competitive riders and other demanding cyclists. However, while their bikes are almost uniformly finished to a very high specification, the company do utilise a wide selection of materials and components to ensure that there is a Kona bike to suit most budgets. Their mountain bike range contains models such as the Supreme Operator, which features a top-end carbon frame, Fox Float forks, Mavic Pro 2 rims, a Shimano Saint drivetrain and a price tag to match. However, they also carry models such as the Lava Dome or Mahuna, which cover the essentials extremely well and won’t terrify the bank manager. As well as bikes in every MTB discipline, they now cover commuter, kids’, race, cyclo-cross, hybrid, enduro and any other type of road bike. 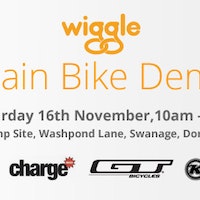 Looking to invest in a new MTB? Want to try before you buy? Wiggle have you covered!
8 years ago | by Bex Hopkins 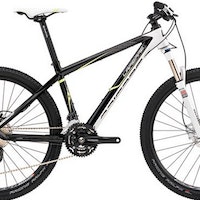 Six of the best women’s mountain bikes around £1000

What should you expect from mountain bikes in the most popular price bracket?