In 1982 amateur bike racer and glutton for punishment, Michael Eidson, competed in the Hotter’N Hell Hundred; a 100-mile road race that takes place around Wichita Falls, Texas, at the very height of summer. As you can imagine, water is quite a key issue in this race. Michael, who was a medical technician at the time, decided to jerry-rig his own hydration system using medical supplies. He filled an IV bag with water, put it in a white sports sock, stuffed the whole lot down the back of his shirt and slung the feed tube from the IV bag over his shoulder. Hey presto! Constant hydration! It took a lot of hard work from there, and another of those legendary road trips that seem to form part of the history of almost every US bicycle company, but eventually the Camelbak hydration system caught on.

Camelbak today is about more than just their hydration system. They produce backpacks, bottles, belts, water purification tablets, accessories and even their own drinks. The packs are aimed at mountain biking, race cycling and downhill / free ride disciplines. There’s a fair amount of crossover, but mountain bike packs include larger models like the M.U.L.E. And the L.U.X.E. while those for road cyclists include lighter packs, such as the Racebak and the Hydrobak.

Camelbak bottles will also be of interest to all types of cyclists as they have a couple of trademarks that set them apart from others. The spill-proof bite valve should make sure the water goes where it’s supposed to, while there Tru-Taste polypropylene is supposed to stop everything tasting of plastic. 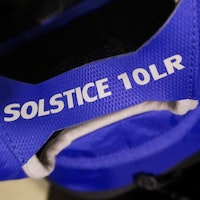 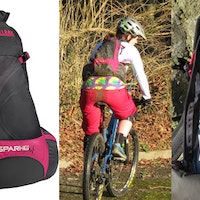 Ultra light, with an unusual water bladder - does this bag sacrifice performance for innovation?