Liz Dimmock is a successful woman with a high-flying career in corporate leadership and coaching to boast about. She’s worked in extremely responsible positions at some of the world’s leading blue chip companies; KPMG, CMC and as global head of coaching at HSBC to name a few. Always a keen cyclist, she’s decided to put the career on the back burner for a bit and focus on one or two cycling challenges. Of course, somebody like that doesn’t do small challenges. Having already finished as the first female in the 2012 Tour de Force, where amateur riders complete the entire Tour de France circuit a week ahead of the professionals, she now wants to break the women’s world record for fastest circumnavigation of the world by bike.

The world record is only the tertiary motivation for undertaking such a mammoth adventure. First and foremost, she is hoping to raise £1m for disadvantaged children through private donations, corporate sponsorship, on-the-road donations and other fund raising activities. She is also using as many forms of media as possible to raise awareness of her attempt and to encourage, inspire and enable more women to ride. She’ll be sharing the stories of inspiring women, supporting women’s cycling events and inviting other women to ride alongside her for part of the way.

To complete the world record she will have to travel a total of 24,900 miles, cycling at least 18,000 of that in 151 days or less. The current record is held by Juliana Buhring who, in 2012, became the first woman to ever complete the challenge. 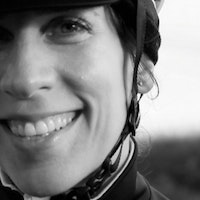