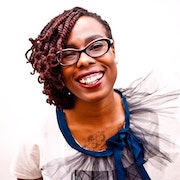 Jools Walker, aka LadyVelo, is the real name behind East London’s cycling and style blog Vélo-City-Girl. The blog, which publishes style tips, articles on fashion, bike adventures, travelogues and clothing and kit reviews, began in March 2010 after Jools got back into cycling with the purchase of Frankie, her beloved Pashley Princess.

When she began Vélo-City-Girl it was very much a labour of love, a part time pursuit to be updated in the hours when she wasn’t working at her day job as admissions officer at the University of East London. Nowadays it’s still the same labour of love, but the blog’s success means that Jools now works in the industry, as sales and marketing manager for Vulpine Cycling Apparel.

Seeing the terms ‘East London’, ‘cycle’, ‘style’ and ‘blog’ in one sentence may have been enough to get many people rolling their eyes and clicking back, but Jools and Vélo-City-Girl deserve better than that. By our reckoning it was over two years before she even reviewed a fixie and that was the first one she’d even ridden. The blog is not some cooler-than-thou hipster competition, but more about an infectious love for cycling in London. Jools is an accessible writer and the features are broad enough in appeal that there is something here for any urban leisure cyclist, be they a bewildered beginner, a daily commuter, a weekend sightseer or, yes, a tweed-clad show-off who really ought to be wearing socks with those shoes. 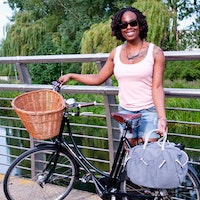 We chatted with Jools Walker, aka Vélo-City-Girl blogger and presenter on The Cycle Show