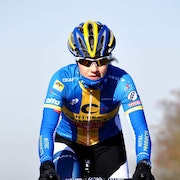 Emma Johansson is the second Swedish cyclist to have worn the UCI World Cup leader jersey. Like many other athletes she competed in another sport before cycling. She attended Cycling school of Skara for four years before moving to Spain to pursue her career.

In 2005 she moved back to the Netherlands after a setback in getting her pro career started before things began to work, but it wasn’t until 2007 after signing for a new team and competing in the World Championships in Stuttgart taking sixth, that she started making a name for herself in cycling. In 2008 she got Silver at the Olympic Games, 1st overall in Trophee d´Or and 4th place at the World Championships.

Born on 23 of September 1983 in Sollefteå, Sweden to parents Tommy and Marie, Emma discovered mountain biking at an early age, and fell in love with cycling.

It was in 2009 that she got her first World Cup victory and 2nd overall in the World Cup Standings. 2010 was the year Emma got 2nd in the World Cup, victories in the ‘Omloop het Nieuwsblad’, ‘GP Mameranus’ and overall victory in “Trophee d’Or.’ In 2011 she took the win in “Thuringen Rundfahrt and won the Swedish National champion title amongst ten other victories which meant Emma was 2nd in the UCI rankings and 3rd in the World Cup proving herself as a world class rider. In the 2012 Olympics she competed in the Women’s road race finishing 6th and the Women’s time trial finishing 14th. 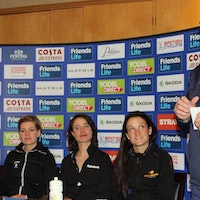 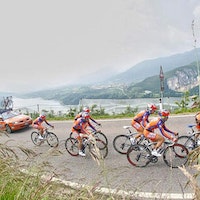 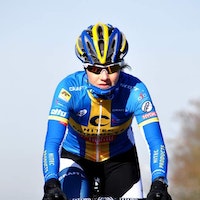 Action from the Basque region as the women's pro-peloton take on the mountains.
9 years ago | by Sarah Connolly Stage races are the order of the day for the pro-women now the Spring Classics have come to a close.
9 years ago | by Sarah Connolly 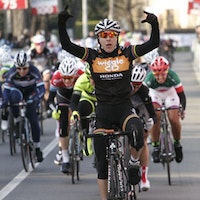